Home » The School » History and Archives

The decision to establish a new high school for boys in Mount Albert was driven by Auckland’s rapid population growth following World War I. Auckland Grammar School could no longer cope with the demand for places, so on 11 June, 1919, the schools committee of the Auckland Grammar School Board decided to build a new school to cater for the boys of the burgeoning western suburbs.

A grant of £5,799 was given by the Education Department to buy sixteen and a half acres of the Kerr Taylor estate. Construction of the School’s main building began in July 1920 at a cost of £44,300. The building was open for business on 13 February, 1922, when the new Headmaster, Frank Gamble, 11 staff and 287 boys began work.

Gamble was seen as the father of the School, remaining Headmaster through the School’s first 24 years. In games we were early champions in all team sports, and Gamble opened his home as a music studio. He knew that the 1926 Assembly Hall (later named after him and still known as the FW Gamble Memorial Hall) would become a “storehouse of memories”, and that the 1927 School House boarding hostel and the 1931 Farm, both driven by him, would become significant assets. During World War II he saw 2000 men of the school don a uniform and head off to fight, 198 of whom did not return. At every Friday assembly he set himself the dolorous task of reading, through a veil of tears, the names of those killed, wounded or MIA. He retired in 1946.

William Caradus, who was wounded in the Great War, was an able successor to Frank Gamble. A fine scholar and able cricketer, Caradus was the author of two text books on Physical Science that were widely used. He fought Wellington bureaucracy to win approval for the school’s first gymnasium. Caradus was a 1922 original master and retired in 1954. Murray Nairn, who had been a mathematics teacher and Senior Housemaster, took over as the School’s third Headmaster.

Nairn was a regular figure every Saturday morning and afternoon watching games. He was much admired for that. He was responsible for moving School House from 807 New North Rd where it stood in six acres of land, to a playing field next to the school. Also during his tenure, a new classroom block replaced dilapidated prefabs.

Maurice Hall took over in 1970. Like Nairn he was a fine mathematician, but also he was equally at home in humanities. Hall was a builder, responsible for the new library building in 1976, squash courts 1982 and a new gymnasium in 1984.

In mid 1988 the first Albertian arrived as Headmaster – Greg Taylor. He had been a School Inspector and a history scholar at the University of Chicago. In his time the Aquatic Centre and a classroom block were built. He oversaw the seismic upgrade of the main building, yet it was the introduction of girls in 2000, the single most radical change since the Board’s 1919 decision to build the school in the first place, that will be Greg Taylor’s legacy.

Dale Burden had been Associate Principal when he took over as Headmaster in 2006. He redesigned a 1970 building and started on a companion to it. He built a new gymnasium, and softened the bleak quadrangle. He also redesigned the 2000 E Block to fit in with the main building. In his time there were sporting successes and a flowering of the arts. He left to pursue new challenges.

The seventh Headmaster, Patrick Drumm, arrived in 2016 after a stellar career as Principal of two other schools. He will take Mount Albert Grammar School into its next century. Per Angusta Ad Augusta. 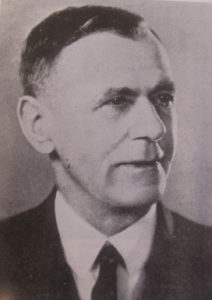 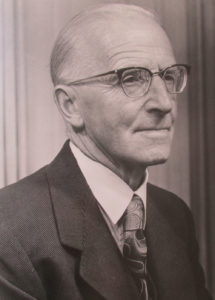 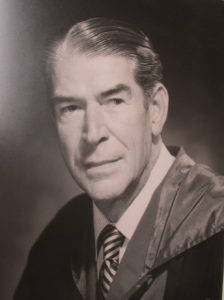 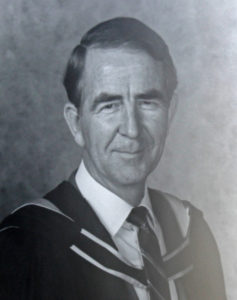 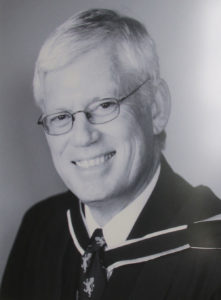 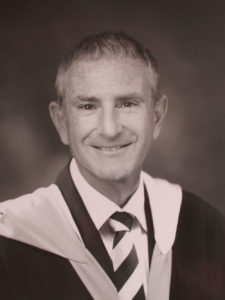 Mount Albert Grammar’s Archivist, Brian Murphy, keeps alive the school’s rich history through essays, photographs and archival records. Click on the portals below to explore the school’s progress from 1922 to today, and learn about some of our distinguished Albertians.

Stories from the Archives

The Mount Albert Grammar School Archives, formally established in 1999, in the 78th year of the Boys’ School is maintained by the School Archivist Mr Brian Murphy.

Over the years we have received many wonderful gifts of memorable things.

In 2015, for the first time, the acquisitions were accompanied by photographs of some or all of each gift.

A history of the school in 100 objects

A History of the Mount Albert Grammar School in 100 Objects is an attempt to illustrate our history … most will be “new” objects that have not been described in any detail before.

This is a long-term project.

Among original staff who may have served in the First World War, two stand out. Both served in Europe and both were highly qualified science teachers – Sergeant William Caradus, who became the second Headmaster, and CP (Clarence) Worley of the Canterbury Regiment was severely wounded at the Battle of the Somme.

As far as Mount Albert Grammar School is concerned 1922 was our Foundation year, beginning a little later than usual due to an epidemic of typhoid fever. At home and abroad there were other events, some often having reverberations to the present day

The history of long standing sports is well recorded in Tradition and Change and the “newer” sports are recorded in The Albertian of recent years. What follows is a snapshot memorable sporting news from our first fifty years.

Three oaks were planted in the grounds of the Old School House at 807 New North Road. Each commemorates the Coronation of a King.

Freddie Robertson and Selby Spence sat side by side in the Prefects’ photograph of 1928. Each joined the Church and each founded a secondary school.

The School Hymn in Latin

Frank Douglas, the last full time teacher of Latin, had a fine singing voice. In his last year, 2003, he produced a singable translation of the School Hymn.

Bruce Stewart wrote many adventure series for radio and television.

Three men joined the staff in 1925. Each was remarkably gifted.

Dudley Rollingson went to another school for a month so that he could defeat that school’s boxing champion. He then returned here.

Desmond Digby and Tom Kneebone were exact contemporaries at school. They both ended up in different countries.

Three Albertians were responsible for the metrification of New Zealand.

This is a work in progress. There are more than 70 names so far.

A first history of the Girls’ School, featuring the first five years with the foundation girls and the planning before their arrival.

Soccer was the theme at the 2004 annual dinner.

The history of the FW Gamble Memorial Hall, from its opening in 1926 to how it fulfilled the wish of its namesake to be ‘a storehouse of memories’.

Soldier on a Secret Mission

The story of the intrepid Gordon Senior Carter, recipient of the Distinguished Service Order for his leadership in Borneo during World War II.

Technical work began in a small way and gradually morphed into today’s technology.

The first woman to qualify for the Sporting Honours Board did so in 2005. Others have qualified since in a number of sports.

The Quad began as a bleak parade ground and was softened with trees in tubs before the present makeover.

The first farm managers from 1934 to 1949 were part-time and later ones were full-time.

J.A.W. Bennett and the School Hymn

J.A.W. Bennett became a significant scholar, and he showed unusual talent while a boy at school.

There have been 26 Albertian medalists, with 44 medals among them, over the 21 editions of the Empire/Commonwealth Games up to 2018.

We know some of the stories behind the many significant trees that have been planted in the school grounds.

Albertians who have represented New Zealand internationally are listed by sport and year.

Principals who were Albertians or
former staff members

A number of people associated with the school have gone on to be principals of schools.

Stephen Bate has not let a disability hamper his astonishing achievements.

John Carmichael had a glittering sporting career at MAGS.

Those listed have received awards for bravery or gallantry over and above the campaign and service medals.

The early history of the ASB MAGS Farm from pre-establishment to 1946, the end of F.W. Gamble’s time