Welcome to the Albertians Association

We encourage all of Mount Albert Grammar’s former students to join the Albertians Association. It’s a great way to keep in touch with old friends, and with the progress of the school. A number of events are held each year to enable us to reunite, and also help the MAGS Foundation’s fundraising efforts.

Each year, a prominent former student is honoured by the Association as Albertian of the Year for a significant community service or professional or sporting achievement. Past winners have included novelist, poet and critic CK Stead, All Black Olo Brown and renowned chef Michael Meredith.

In addition, the Hall of Distinction was established in 1997 as part of the 75th Jubilee celebrations. Membership of the Hall is an honour for past masters of the school who have significantly contributed to the spirit of the School, and to Albertians in recognition of their efforts and achievements in the community. Inductees include the former Governor General of the Reserve Bank Dr Alan Bollard, artist Sir Peter Siddell and Silver Fern Maria Folau (nee Tutaia).

You are welcome at MAGS 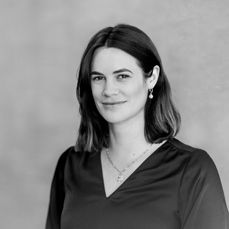 The Albertians Association strives to promote a culture of inclusiveness, tradition and change beyond our School years.

Albertians represent a diverse network with different backgrounds, careers and life experiences – and the role Albertians can play in promoting our culture, fostering  relationships and providing service to the community is of huge value.

We hope that Albertians will take their knowledge and experience and apply this in assisting the community and the School in later life.

Please remember, past students are always welcome to visit the School. Brian Murphy, the School Archivist, will be happy to escort you and show you the new facilities.

If you have any news of fellow Albertians or memorabilia you would like the School to have, please pass these on to Brian Murphy. We are always on the lookout for information on our past pupils. You can contact Brian at [email protected].

All members of the association may receive the school’s weekly e-newsletter and the biennial magazine, The Lion. The Lion includes Corridors, news of the Albertians Association. If you would like to go on the mailing list for either or both publications, please send your email and postal address to the MAGS Communications Manager at [email protected]z

If you are not yet a member of the Association, please get in touch with us at [email protected].

I look forward to seeing you at our next event.