Many of MAGS’ top scholars returned to school on February 17 to be recognised at the annual Scholars Assembly.
Thomas Brendolise, who had the top mark in French nationwide, and Adam Bateman (pictured above) were both recognised as Outstanding Scholars following the 2019 NZ Scholarship exams.

To be an Outstanding Scholar, students must achieve three Scholarships including at least two at Outstanding (O) level, or more than three Scholarships including at least one at Outstanding level in the same year to qualify for consideration. There were 58 winners of this award nationally in 2019 and these students gain $5000 per year for three years.
Adam, last year’s Boys Dux, gained six Scholarships – in English, Biology (Outstanding), Chemistry, Physics, Statistics and Calculus; while Thomas had two Outstandings among his three Scholarships in English, French (O) and Biology (O).
As a Top Subject Scholar, Thomas receives $2000 a year for three years towards tertiary studies.
Their names will be inscribed on the Honours Board along with the following students with three or more Scholarships: Jamila Chen – English, Biology, Calculus; Mitchell Shaw-Lewis  – Physics, Statistics, Calculus (O); Tara Falconer – English, Design, Photography; Alexander Pullen – Physics, Earth & Space Science, Statistics and Calculus; Head Boy Eric Shen – English, Statistics, Technology (O); Stephen Stuart – Biology, Earth & Space Science, Statistics; Eva Williams – Dance, History, Health and Physical Education; and Vaibhav Nayyar – English, Statistics, Health and Physical Education.
Jamila Chen followed in the footsteps of her sister Jessica to become the recipient of the June Gray Charitable Trust Tertiary Education Scholarship (worth $3000 per year for three years), which was presented to her by June Gray Trustee Noeleen Taylor.

Pictured above: Jonathan De Pledge and Miriam Leonhardt, at centre, with their proud parents alongside – Stephen and Heather, and Beatrix and Rainer, respectively – and Headmaster Patrick Drumm at the Top Scholar Awards in Wellington. 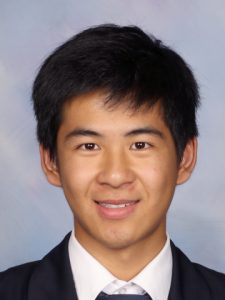 Gary He was named an Outstanding Scholar.

Mount Albert Grammar School has again performed alongside the top academic schools in New Zealand after students attained 81 scholarships, and achieved its highest ever pass rate in NCEA Level 3 following the 2017 examinations.

The 81 scholarships included nine at Outstanding level (the top 1% in each subject), the pinnacle of academic achievement for secondary students. Scholarships were attained across 21 subjects, and were spread among 54 students.

In NCEA, provisional results show 85% of students who sat Level 3 passed, the best ever result by MAGS students.

Headmaster Patrick Drumm said, “The Level 3 results are the best we have ever had and that is supported by strong results from Level 1 and Level 2. These NCEA results have set the bar high for 2018.”

MAGS’ results are above the national average and outrank other Decile 7 schools, and in many cases higher decile schools. Geography students at MAGS have now won the annual Auckland Geography Teacher’s Association Senior Quiz three years in a row.
And they have been joined in the three-peat stakes by the Year 11 Geographers, who took out the Auckland Central section of the Maatangi Whenua Quiz for the third consecutive year.
The Auckland Geography Teacher’s Association (AGTA) Senior Quiz was held at St Cuthbert’s on Wednesday, 8th August, with 21 teams competing, and the pressure was on MAGS as defending champions.
In the end though, the final tally revealed that not only had the MAGS A team (James Inkson, Hugh Malcolm, Hannah Zwalue, Harrison Zheng, who are pictured above) won by a margin of six points, giving us the trophy for the third year in a row, but also that the MAGS B team (Tom Barrand, Luke Owen, Angus Robinson, Shalin Shah) had held off Takapuna to finish second.
On Tuesday, 14th August, it was the turn of the Year 11 Geographers in the Maatangi Whenua Quiz. This is a National competition with rounds held across the country over the next couple of weeks. The Auckland Central section was again at St Cuthbert’s, featuring 16 teams from across the area.
In the end MAGS Team 2 (Aidan Skinner, Ben Batchelor-Cook, Freeman McCall, pictured right) finished 18 points ahead of the rest of the field. The MAGS Team 1 (Samantha Persson, Meadow Simpson, Katie Hadfield) finished 5th.

In the Australian Maths Competition, which thousands of students enter from all over the world, Logan Allomes and Selina Zhang were Prizewinners for coming in the top 0.5%. High Distinction Awards were given to Angus Edwards, Victor Kong, Lucas Peterson, Xander Pritchard, Nikita Privalov and Matthew Somerville.

In the Auckland Maths Olympiad in May Richard Li came 4th overall in the competitive Senior Division.

Organisers of the inaugural Calcex Competition, which was intended for schools in East Auckland, may have regretted allowing MAGS to enter after we won the trophy. Our team of Logan Allomes, Richard Li, Lucas Peterson and James You managed to sneak past St Kentigern College, Pakuranga College and Macleans College in the last minute to come first.

MAGS sent two Year 9 and two Year 10 teams to the Mathex competition in Auckland in August (pictured above left). The Year 9 A team scored 95 points while the B team achieved a perfect score of 100.

Two Albertians are on their way to Seattle to represent New Zealand in the World Finals of the Microsoft Imagine Cup after winning the New Zealand competition.

Nilesh Magan and Eric Liu won the 2017 event with a friend after designing a website that enables students to work together and discuss exams at university level.

Eric and Nilesh both completed their studies at MAGS in 2014, and are both now studying Engineering at the University of Auckland. Eric is majoring in Biomedical Engineering and Nilesh is studying Computer Systems Engineering.

Nilesh was one of 16 former MAGS students to be announced on the Dean’s Honours List for Engineering at the end of 2016.

The Imagine Cup is a global competition run by Microsoft “aimed at empowering the next generation of computer science students to team up and use their creativity, passion and knowledge of technology to create applications that shape how we live, work and play”. Every year tens of thousands of students from around the world compete for cash, travel and prizes, and for the honour of taking home the World Imagine Cup. 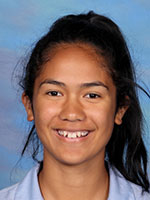 Te Uranga was one of 300 applicants from around New Zealand. Eighty were interviewed and only 10 granted a Scholarship. The award will provide Te Uranga with financial support throughout her degree, mentoring by the firm’s partners, a summer clerk position in her penultimate year of study, and an extra welcome payment should she accept a graduate position with the company.

Ms Pagen Plaizier of Russell McVeagh said the firm looked for applicants who were “excellent all-rounders.” Strong academic results were important, and also involvement in community and leadership initiatives, sport and other extra-curricular activities.

Te Uranga was a high achieving student, played in MAGS’ Senior A and Premier Netball teams for five years, went on an AFS exchange to Italy for six months, and was a member of MAGS’ Te Puna o Wairaka whanau unit for two years. She is studying Law at Victoria University.

If you would like information about applying for a Russell McVeagh Scholarship next year, please contact Ms Pagen Plaizier at the firm: [email protected] Ms Jarrett, a Tax Partner, National Communities Team Chairman and Diversity & Inclusion leader at KPMG, was so impressed with the Year 13 student during their day together in July that she recommended Sisilia as the inaugural recipient of a new KPMG Tertiary Scholarship. The scholarship provides financial support during Sisilia’s tertiary study, mentoring by Ms Jarrett, and holiday work at KPMG.

Sisilia is studying at Auckland University, undertaking a Bachelor of Commerce majoring in Accounting and Information Science.

“I could tell from the questions Sisilia asked during our day together that she was a very smart young woman,” said Ms Jarrett. “She also handled herself very well in meetings with partners – she’s got the X factor and we are always on the lookout for people with talent to hopefully join our team.”

Sisilia said she was extremely grateful for the award, and excited by the opportunity it offered. “This is such a great start to my university studies, and to the rest of my life,” said Sisila.

Head of Commerce Ms Sarah Hayes said she knew Sisilia was destined for a great career when she began teaching her in Year 11. “She works hard, gets top results and is just a good person – she has values and integrity that are already marking her out among future employers.”

Isobel Welsford-Ackroyd will spend a month in Germany in April 2017 after winning a prestigious ILEP Scholarship (International Languages Exchanges and Pathways).

Isobel was one of only six students from around New Zealand selected for scholarship out of 50 who went to the initial one-on-one interviews. Isobel’s 20-minute interview was conducted entirely in German. From there she was one of 16 chosen to go on to a two-day immersion programme at the Goethe Institute in Wellington, from which the six winners were selected.

The scholarship enables Isobel to spend one to two weeks staying with a German family and attending the local high school, and the remaining time touring the country with other scholarship winners.

After completing Year 13 at MAGS Isobel plans to do a conjoint degree in Law and German, majoring in Linguistics.

She thanked MAGS’ Head of German, Mr Warwick Gibbs, for his “excellent” teaching.

Daphney gained the most points out of more than 350,000 competitors from around the world taking part in the annual Language Perfect competition over 10 days in 2016. She spent all her spare time outside of school answering questions which tested vocabulary in words and sentences.

As a Year 11 student she came top in the world with 14,000 points; this year she needed 21,000 points to achieve the win as more young people around the world are now competing.

Daphney, who is Filipina by birth, is now studying a conjoint degree in Commerce and Chinese at Auckland University.

The Year 13 team of Stephen Fountain, Angela Liu, Tom Butler and Michael Barlow gained the top score in the Images section, and a perfect score in Current Events. Teacher in charge Ms Donna Hobbs said that in a tie-break playoff the MAGS’ students depth of knowledge shone through with a convincing 5-1 victory.

The Year 11 team of Hugh Malcolm, Harrison Zheng and James Inkson dominated each category of Current Events, NZ Geography, Map Skills and 3D Modelling to win by a decisive 15 points.