Rosa Jack and Matthew Batcheler, who both gained six scholarships, are pictured above with Mr Dumm last year when they were awarded C.P. Liddell Scholarships.

Deboprana Mallick and Matthew Batcheler were named Outstanding Scholars when the awards from the 2021 NZ Scholarship exams were announced.
Matthew was also named the Top Scholar in NZ (in Technology) as was Marcus Savelio in Dance. It is the second year in a row that MAGS has had the Top Scholar in Dance in NZ after Bethany Fletcher won that award in the 2020 exams.
There are fantastic achievements in a challenging year, when MAGS students gained some incredible academic results, with 104 Scholarships, including 11 at Outstanding level, in the 2021 NZ Scholarship exams.
These results place MAGS fifth overall in schools in the country. 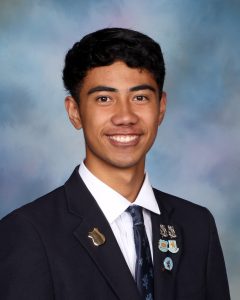