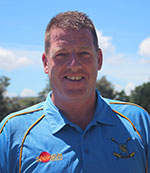 – Originally from Scotland, Mr Smith started his working life as a firefighter, which he says instilled qualities of discipline and commitment that he took with him when he later followed his passion for football to become a professional coach.

The Academy programme is geared to produce competitive and successful First XI Boys’ and Girls’ Football teams, while instilling the values of The MAGS Way.

Academy session are run twice a week during school time as an Option subject.

Trials are held during the Year 8 Testing Days in November. The Girls’ First XI won the Auckland Championship for eight years in a row from 2009-2016 and won the National Championship for four consecutive years from 2013-2016. In 2017 they again made the final.

In addition to our many Auckland and National titles, many players from Mount Albert Grammar School have attained national and international honours for New Zealand Secondary Schools, and New Zealand age-group teams. In 2017 seven current and former girl players helped the NZ Under 20 team qualify for the FIFA Under 20 World Cup to be held in France in 2018. Of the six playing fields at the school, two are dedicated to football. The Number One football field has sand-carpeting, top-of-the-line drainage and computerised irrigation systems providing excellent all-year-round playing surfaces. There is also a large multi-sport Astroturf area.

There is a comprehensive exercise centre which includes a wide range of machines together with free weights. Training programmes are developed by the physical education staff and sports coaches.

Included in the football programme are a gymnasium, fitness centre, the all weather surfaces, portable goals and a dedicated sports lecture room with video and whiteboards.

The school has one of the finest indoor heated swimming pool and leisure complexes in the country; unequalled by any other school. There is a 25-metre competition pool and a large leisure pool as well as spas, sauna, aqua-slide, equipment shop and cafe.